Why digital signage doesn’t spell the end for wall displays 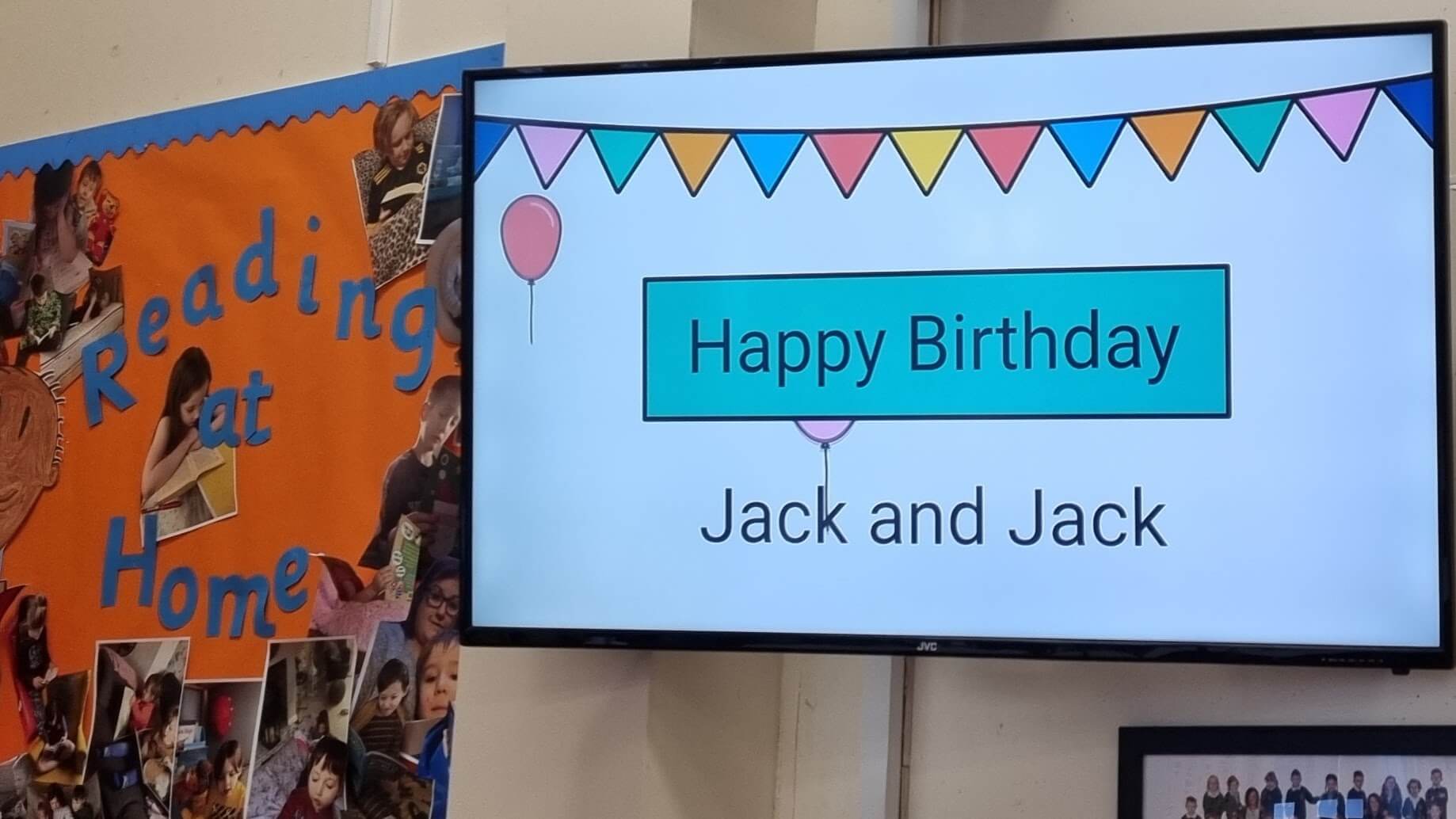 Signage has come a long way in the last 20 years with a shift from traditional wall displays to digital formats on screens. But the increased use of digital signage hasn’t spelled the end for the traditional wall presentations, it’s actually brought a different dynamic to the way schools can share content. It also allows a quicker way to present important messaging, using more modern formats, filling the void that traditional displays are unable to fill.

Someone who’s been doing this is Moira Cross from Dordon Community and Wood End Primary Schools. While utilising the Vocabulary Ninja’s ‘Word of the Day’ via the TrilbyTV content catalogue, the Executive Head of the two schools which are part of the Community Academies Trust tweeted, “We loved drawing children’s attention to Vocabulary Ninja’s word of the day ‘berate’ on our screens. Staff adding the word to their ‘word walls’ was the icing. Seeing children use it…the cherry on the top!” 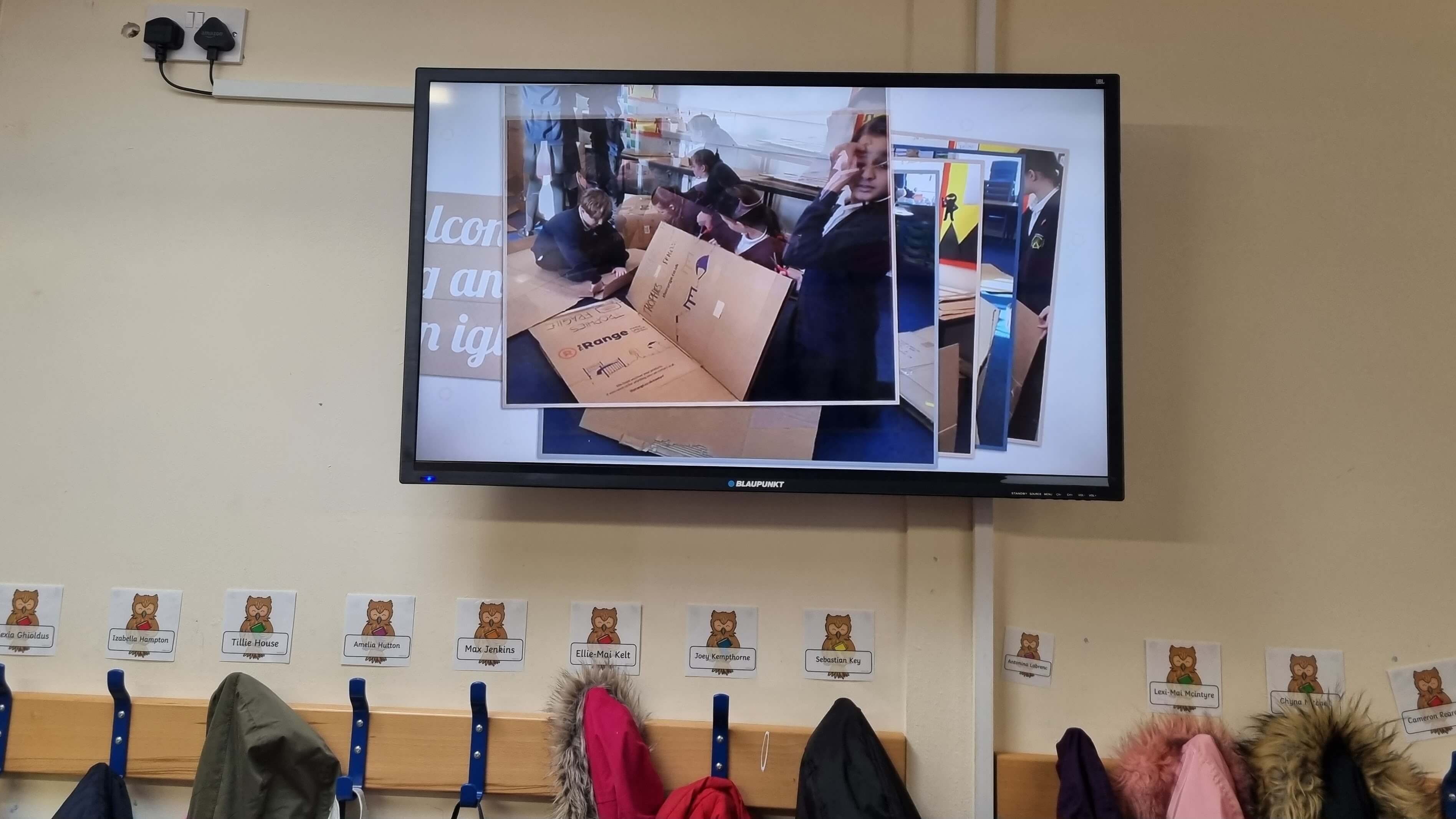 We decided to catch up with Moira after reading this fantastic message to hear how the schools’ signage has evolved since first installing digital signage. She told us how they were displaying work traditionally,

“Our wall displays were only ever used to display children’s work and it was quite contrived, in the sense that it was a piece of work to go on that display, it’s going to stay there for the period of time we’ve allocated and nothing’s going to change. We tried to build interactivity into it but that again, was fairly pointless, it just wasn’t purposeful or anything like that.  The displays were very static, more a reflection of what was happening at a moment in time. They were displayed for long periods of time, sometimes months on end as it took a lot of resources and effort on the part of teachers to get that work up there. We were told at the time, you’ve got to have interactive displays but it was really quite tricky. I tried to think of ways to do that, that were safe in a corridor and can engage everybody”

But once the school had installed digital signage, it wasn’t the end for their wall displays.

“Physical displays and digital screens – they both work together well! We still have all the wall displays still up in school to showcase artwork, or if we’re trying to showcase writing where we’re trying to celebrate lots of children’s work. We’ve still got those massive corridor boards to fill and having empty corridors would look fairly bleak and depressing. So there is still a need to have wall displays to brighten up the school but in terms of digital signage, it’s given us a very dynamic element to our display, so work can go up instantaneously and be celebrated across the whole school community. The children love nothing better than having their work on the telly and the fact that it can change quickly, if someone has done something brilliant one day, it’s straight-up there for everyone to see. Whereas wall displays would often take a week or so for them to arrive and be on the wall, so it’s the instantaneous nature of digital signage which is the beauty of it.” 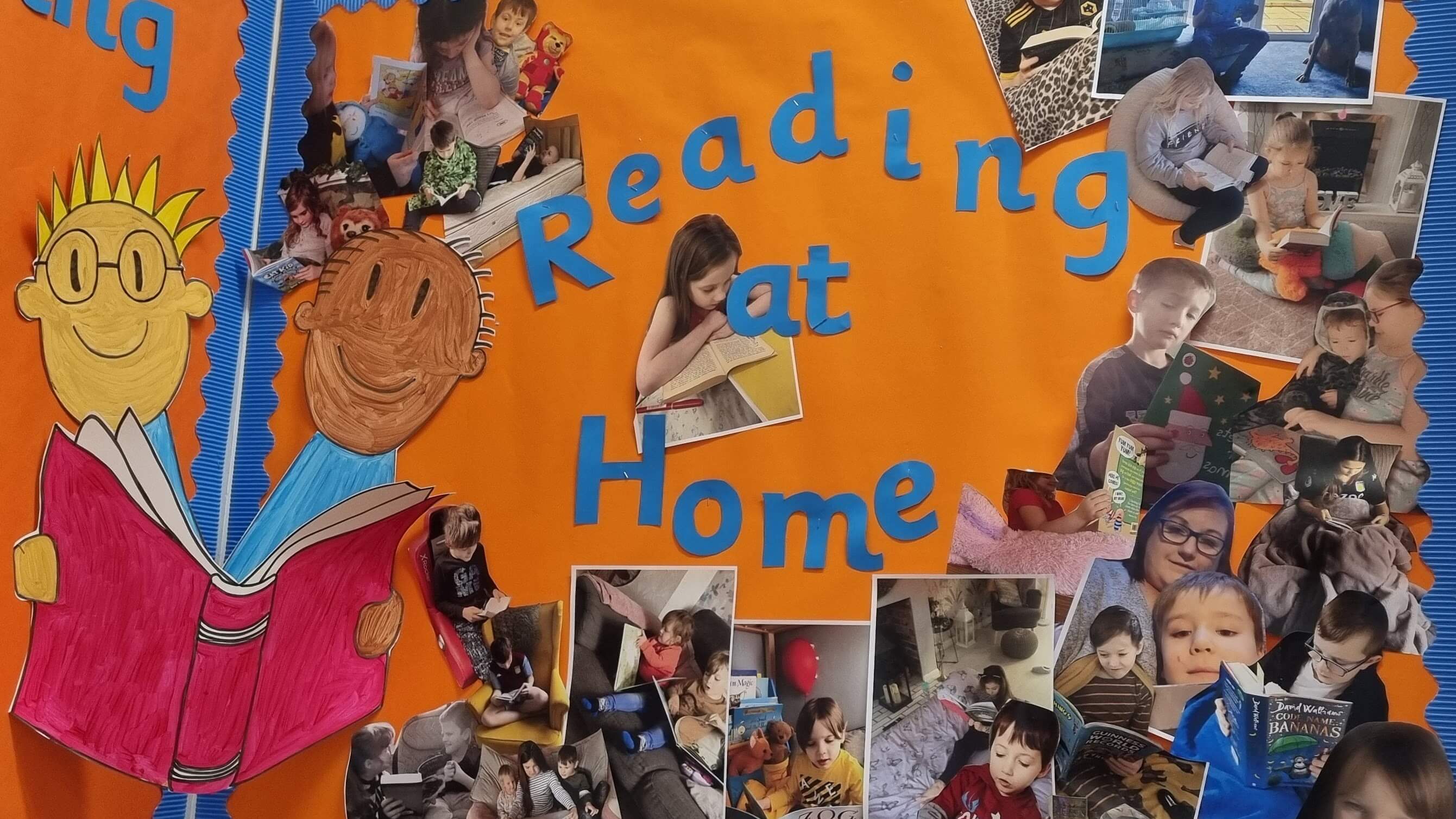 When it comes to digital signage, the Dordon Community and Wood End Primary Schools show a wide range of content on their screens,

“Some of our digital displays present children’s work, but what they do more than wall displays is they have a capacity for sharing information and messages across school quickly. The children like watching the content on the screens in the hall at lunchtime, which is great, especially when it comes to sharing things from the TrilbyTV Content Catalogue like the Vocabulary Ninja’s ‘Word of the Day’ or the ‘Black Pioneers’ content which was running during Black History Month. In fact, it wouldn’t have been possible to do a Black Pioneers display with 40 significant people on the wall display and it would have been a massive effort and would have taken up a lot of space. It also wouldn’t have been valued in the same way, as the children wouldn’t have stopped to look at 40 different individuals on the wall. Whereas regularly feeding those slides just keeps it really fresh and in bite-sized chunks which is what makes the content catalogue really useful!” 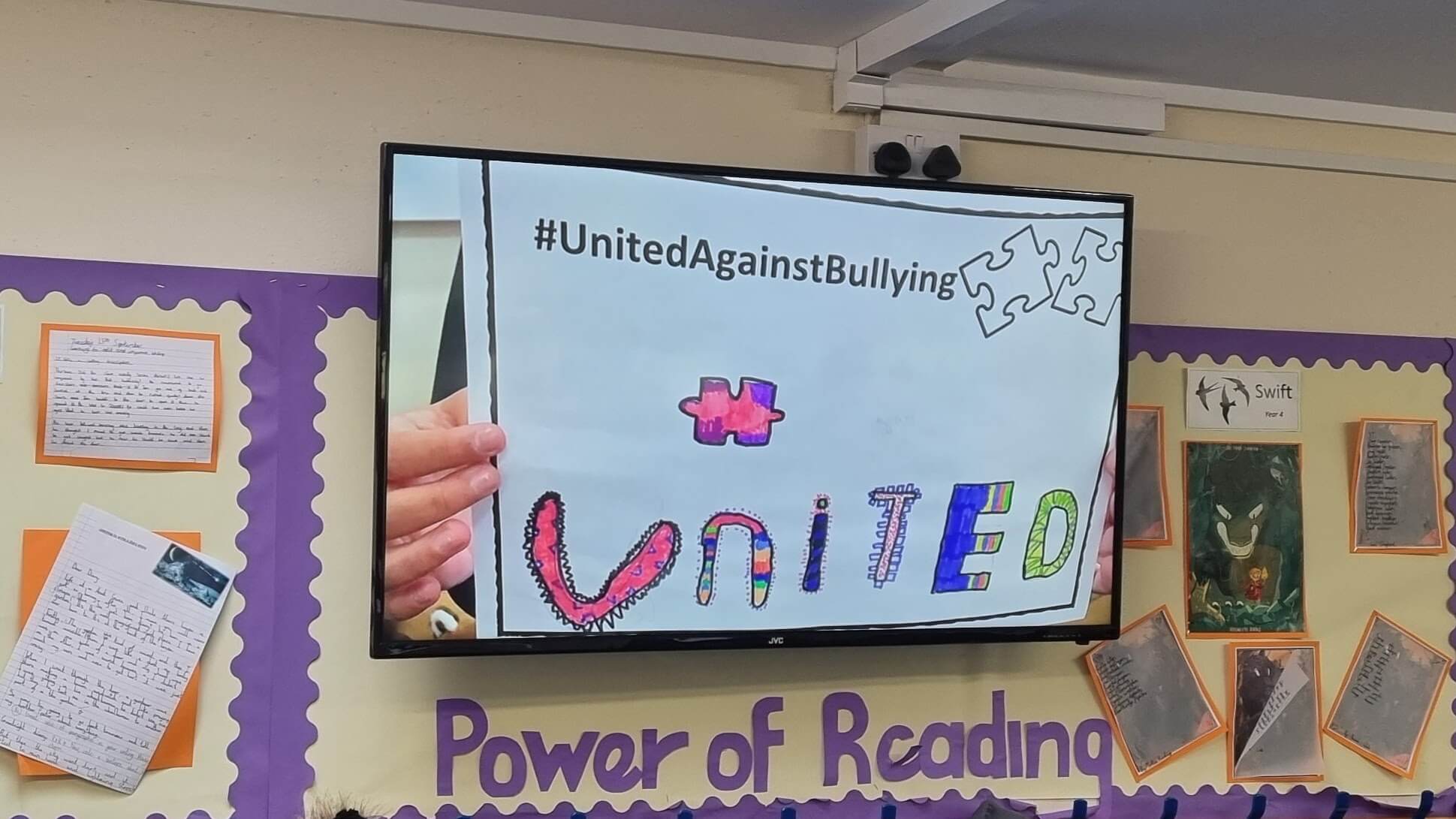 Ease of use and functionality

Moira summed up her experience with us using these kind words,

“TrilbyTV is one of the best things we ever bought in terms of just having something so quick, easy and functional. It’s easy to manage even if you’re not tech-savvy.”

Thank you Moira for taking the time to speak to us, it’s fantastic to see how Dordon Community and Wood End Primary Schools are using digital signage for more instantaneous messaging while remaining using traditional wall displays to share work and brighten up the school corridors!