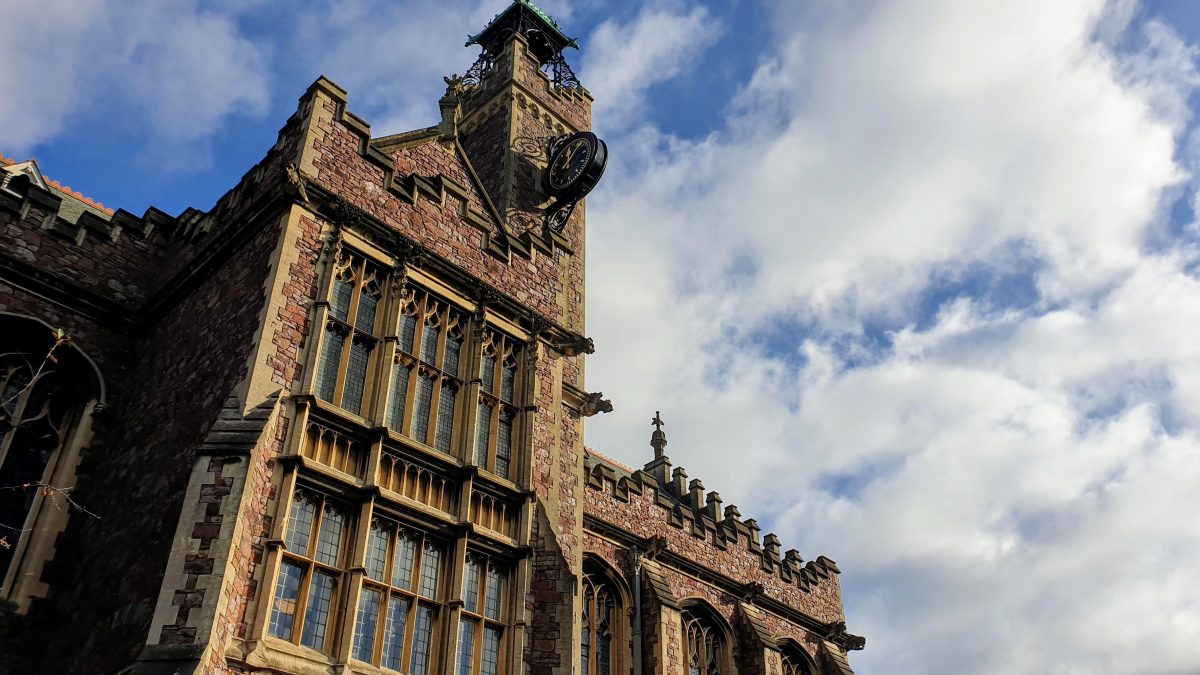 As you all know, we love visiting our customers to say hello and see their digital signage in “the flesh”. This gives us a chance to check out the different ways in which schools are championing student voice.

With Bristol Grammar School this was no different and on the 8th of November we visited to see how this leading independent school is utilising TrilbyTV. 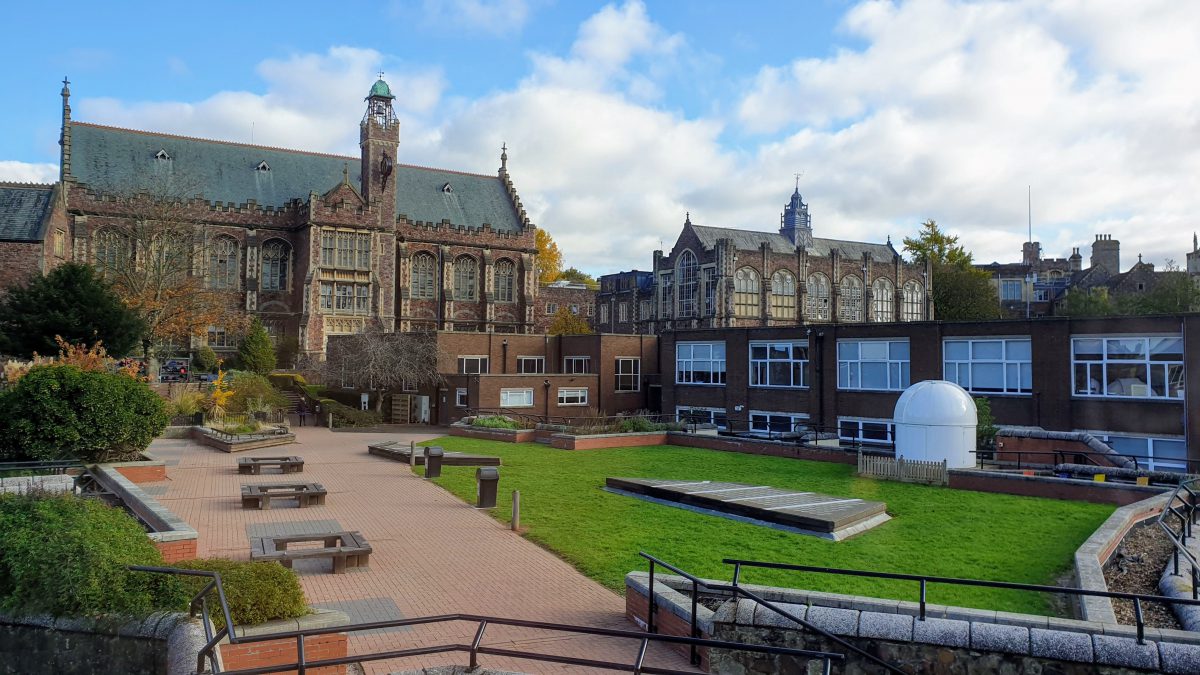 The school itself has a rich history dating back to 1532. It relocated to St Bartholomew’s Hospital, then later to its current location at Tyndalls Park in 1879. Upon arrival, the grounds are pretty impressive. It has a mixture of both traditional and contemporary buildings and the school even boasts a small observatory. 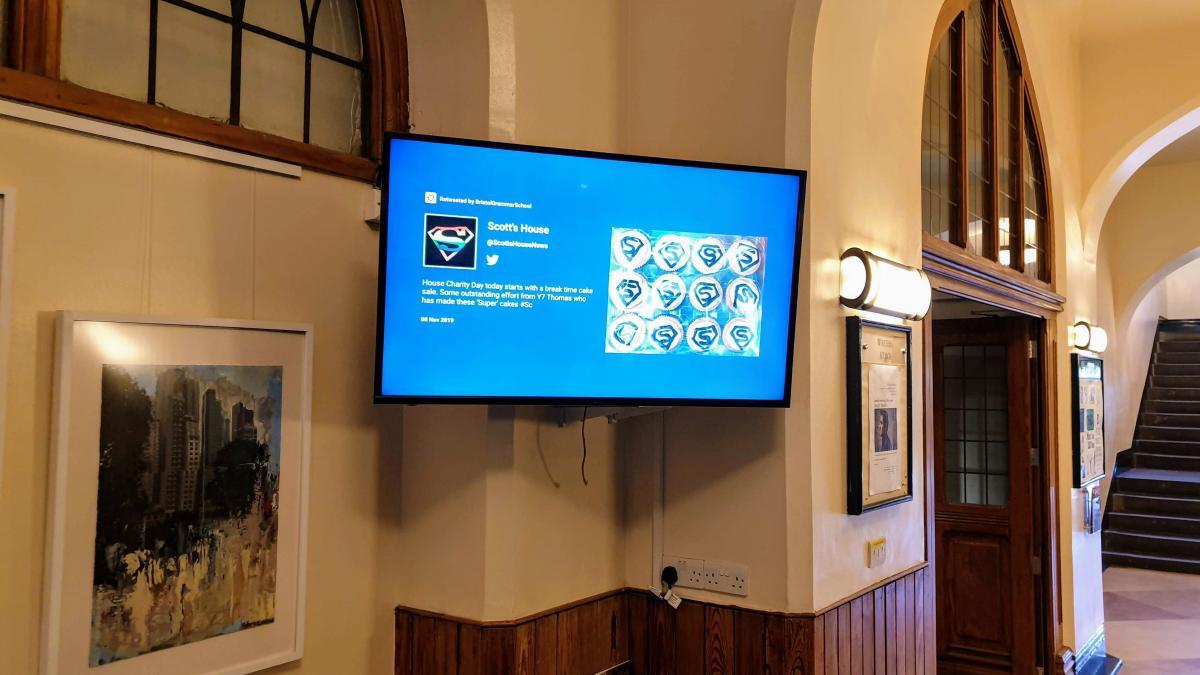 Upon walking into the grand entrance of the reception, straight away we were greeted by a screen showcasing the day-to-day life in school along with some events. There was also a parent there waiting to speak to a teacher, looking at the screen. While Neil was having a look at their setup, the parent asked, “Do you do this?” “Yes,” Neil replied. The parent then started to ask us how it worked, finally thanking us for the amazing work that we do. It’s awesome to see how TrilbyTV not only engages the students and teachers, but parents too. 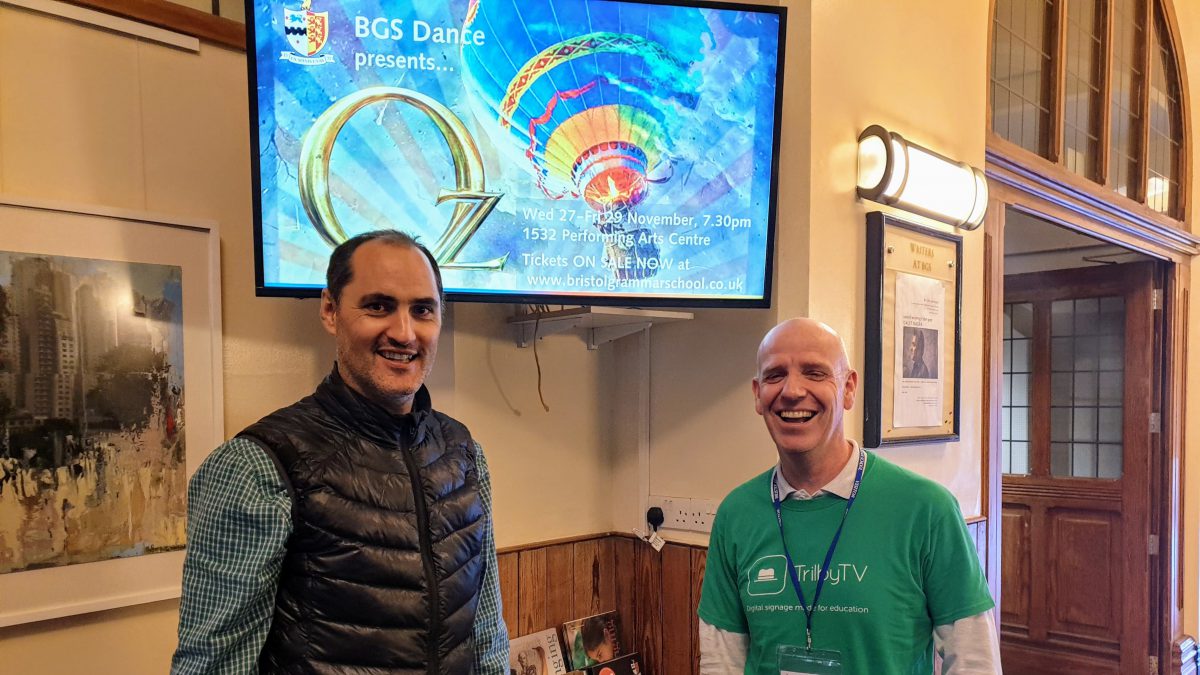 After this fantastic interaction we had a second greeting from Matt Nice, Director of ICT. He led us into the staffroom and after grabbing a cracking coffee from their pretty swish machine. We sat down and were joined by Recruitment and Retention Manager, Hollie Skerritt.

“We’ve been doing it more and more and [TrilbyTV] is now on all of the screens around the school and I’m trying to get more people in control of it,” said Matt, reminiscing with a coffee in hand. “Hollie wasn’t sold on the idea of TrilbyTV but when we put it in as a trial, so many of the teachers and parents were really engaged with the system.” 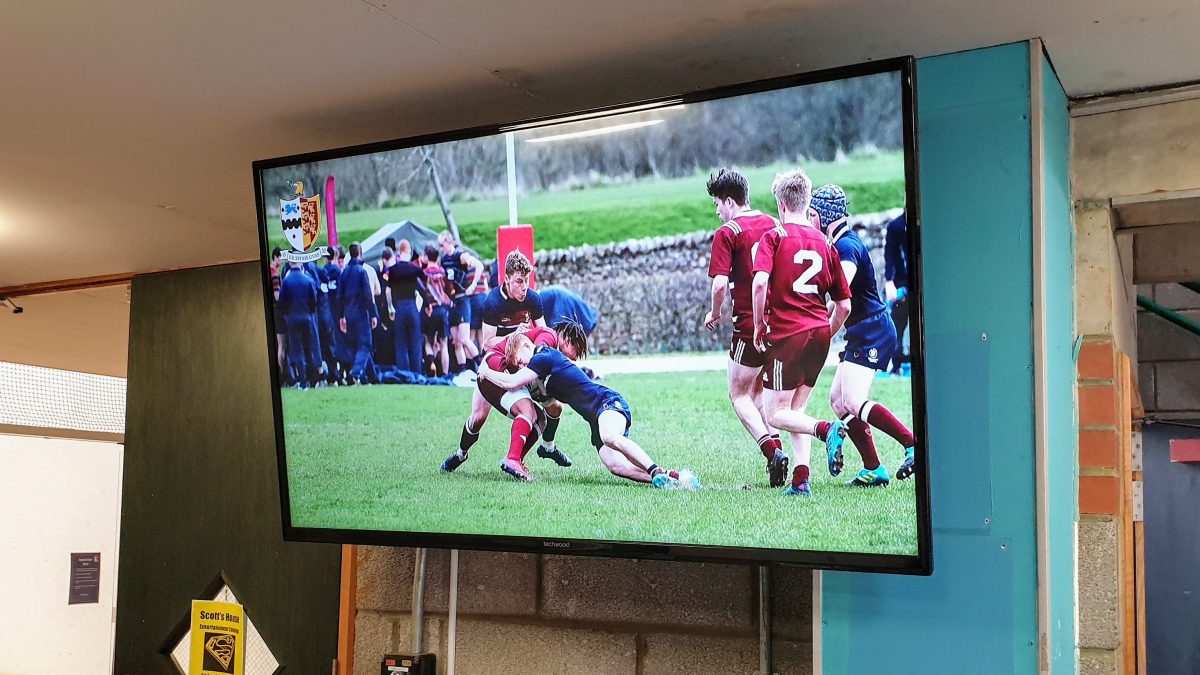 Hollie added, “It’s so simple to use, it’s also great how it shows content at a specific time of the week. I love the new powerpoint update, it’s so much easier not having to convert it. I can just drop it in and it’s perfect.

Matt continued, “Having four main title slides that go around throughout the school is really the way to do it. The idea is that they appear everywhere to give us the branding and the individual departments will put up their own specific content in between. It helps with the departments that don’t have as much content.” 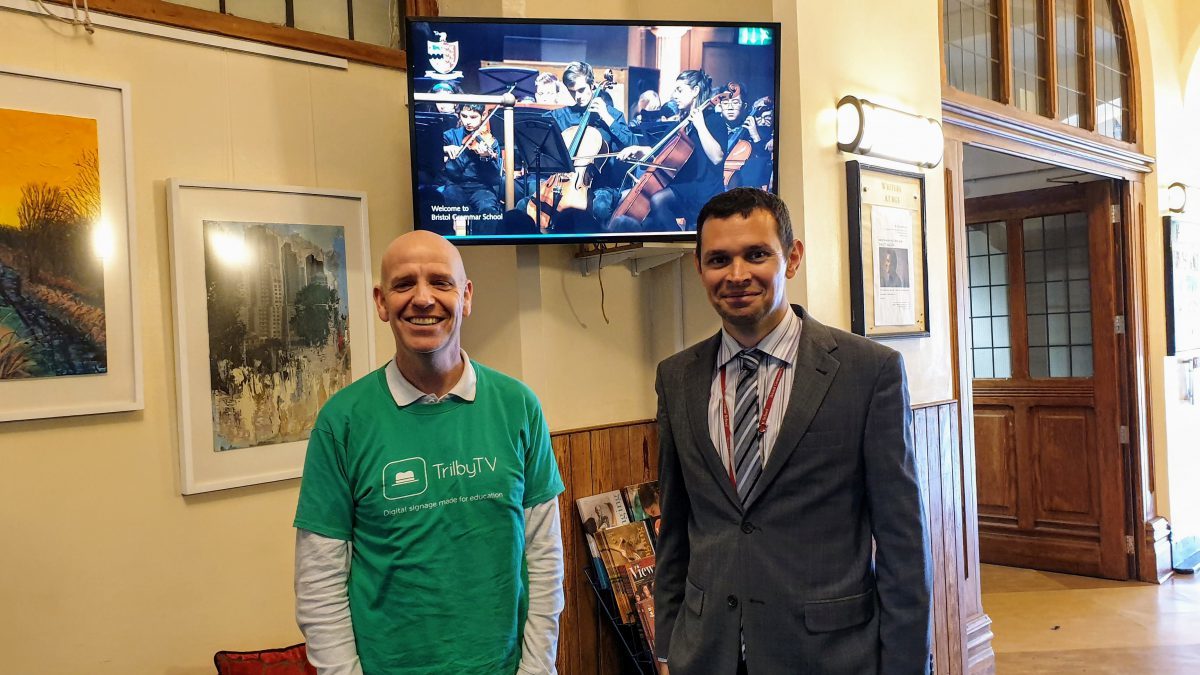 Hollie explained, “The key is educating the rest of the staff on how it works, so more is added.”

Matt summarised, “It’s encouraged teachers to put more and better [quality] content up. For us, it really ticks all the boxes.” 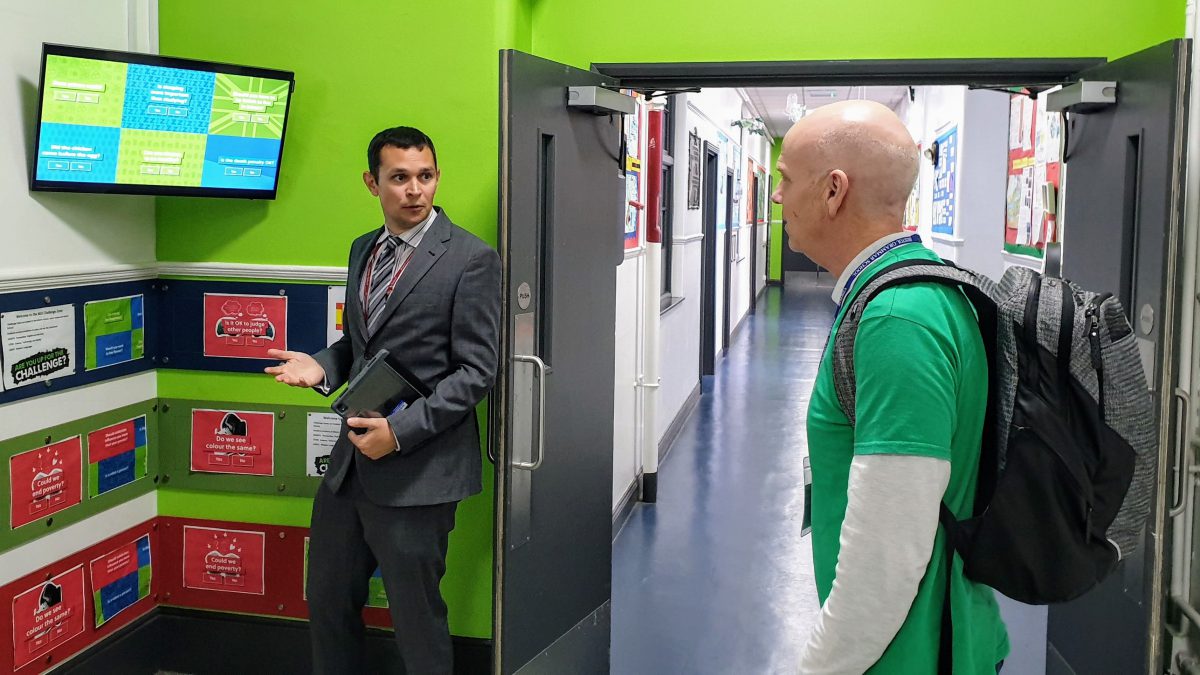 Tour of the School’s Digital Signage

Matt then gave us a tour of the school and their digital signage. They have a total of 10 screens located in various different areas, the reception, hallways and stairwells. All of the screens were working really effectively showcasing events, general school imagery and questions that really make you think.

The more prominent areas were the Library, showcasing top picks books to read, the Sports Centre with some epic action shots of the rugby team and Geography department, showcasing field trips and also featuring the Ventusky weather App. 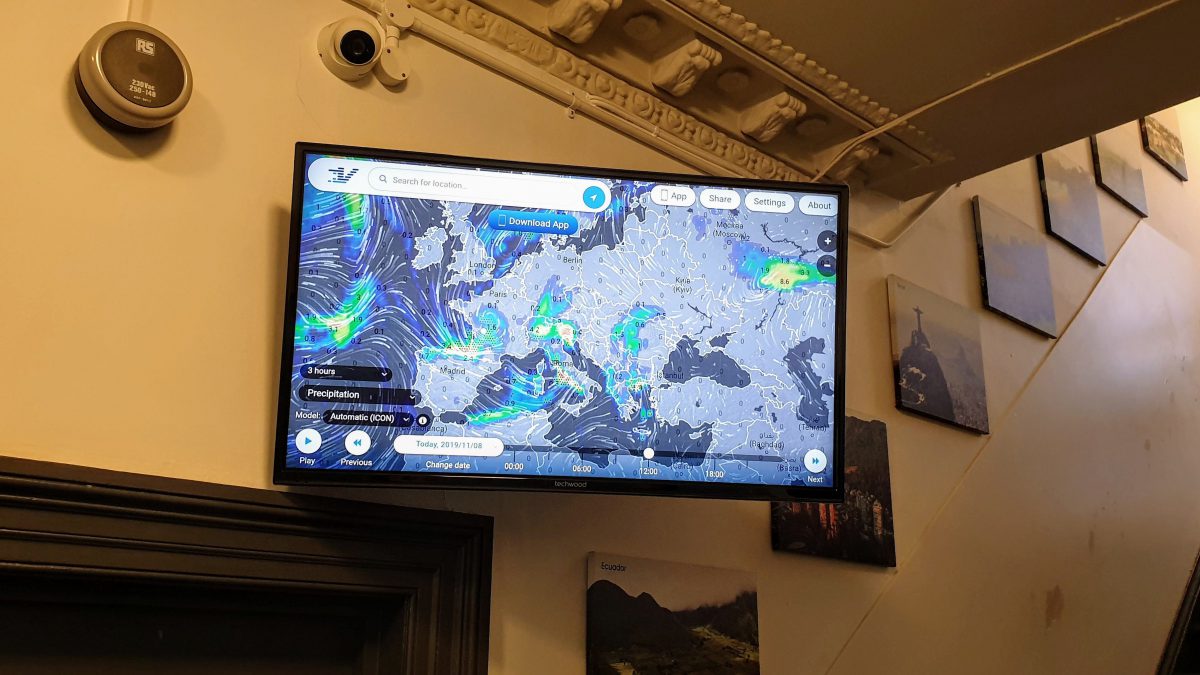 The space that really stood out to us was the Performing Arts Centre. We were in awe while visiting it, with a huge theatre that would pass for professional performances and dance studio that overlooked the main hall. Downstairs was a screen working in perfect synergy with the space. It was situated above a beautifully laid out piano art installation. Sharing their own department branded purple slides added to the ambience of the department. They also were sharing contemporary theatrical listings, feeding the aspirations of the pupils on what may be yet to come. 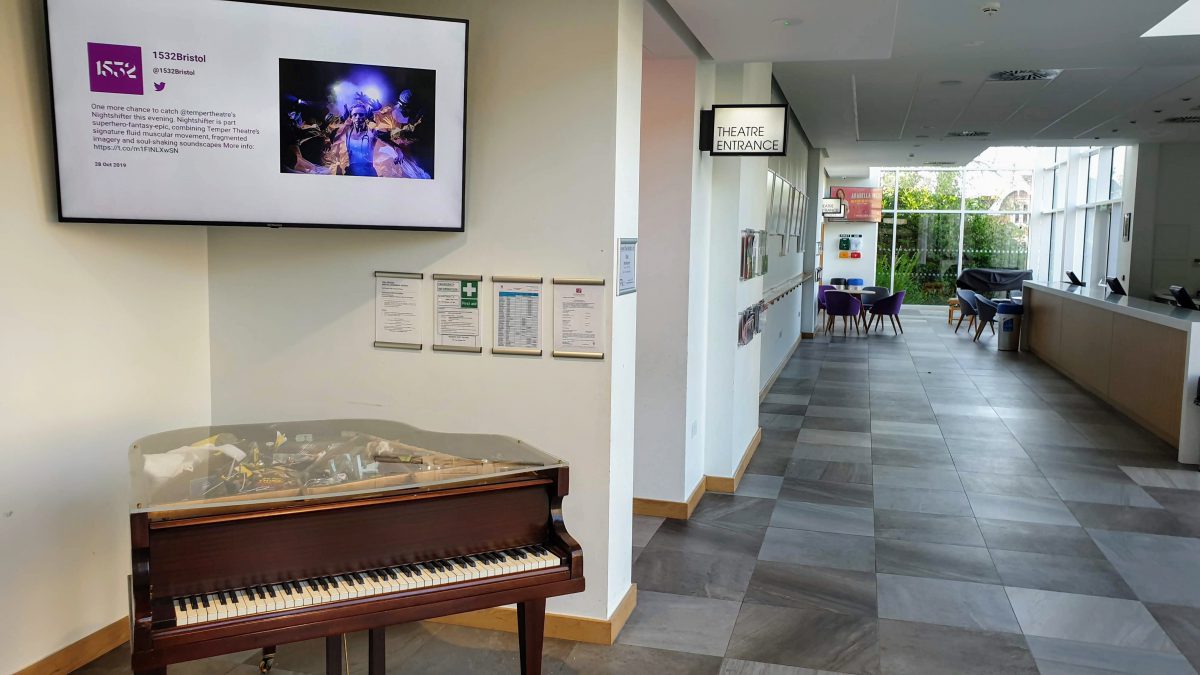 It was a fantastic visit to the school, and it’s great to see how different institutions use their signage. Sometimes we’re asked for ideas on what to share but really it’s down to the user to be creative and get the most out of TrilbyTV. It’s institutions like Bristol Grammar School that are leading the way in doing this, showing off their school to the max and even giving us some ideas! 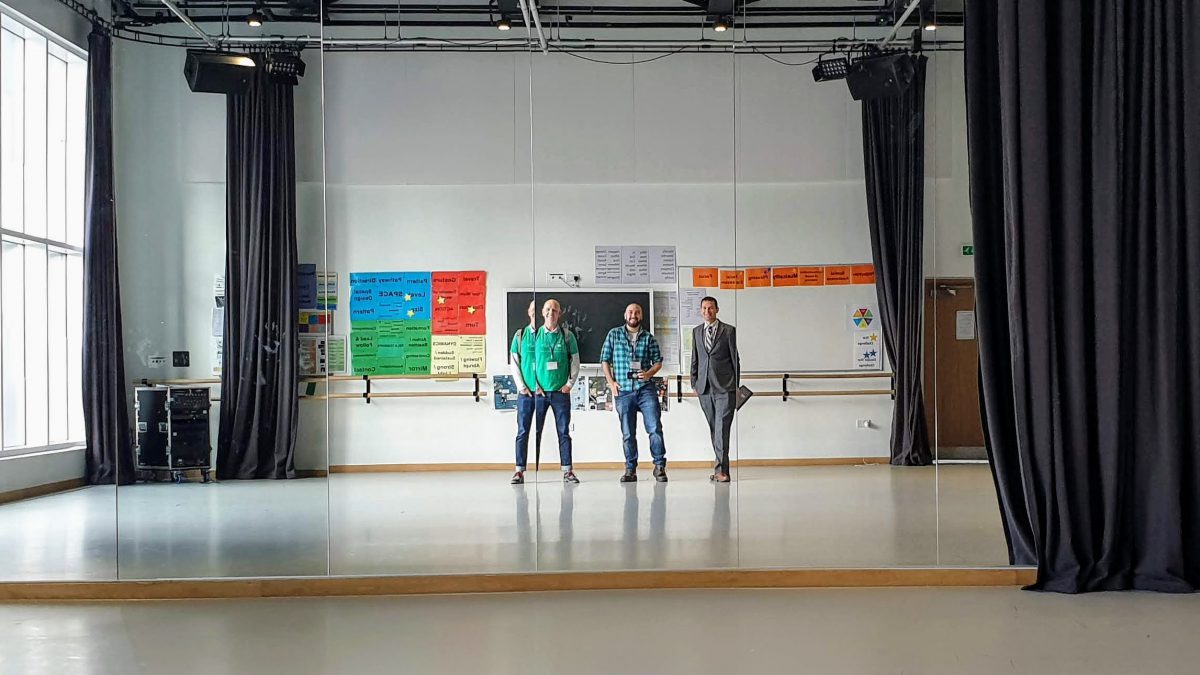 Check out our Under the Hat session with Director of ICT, Matt Nice here.