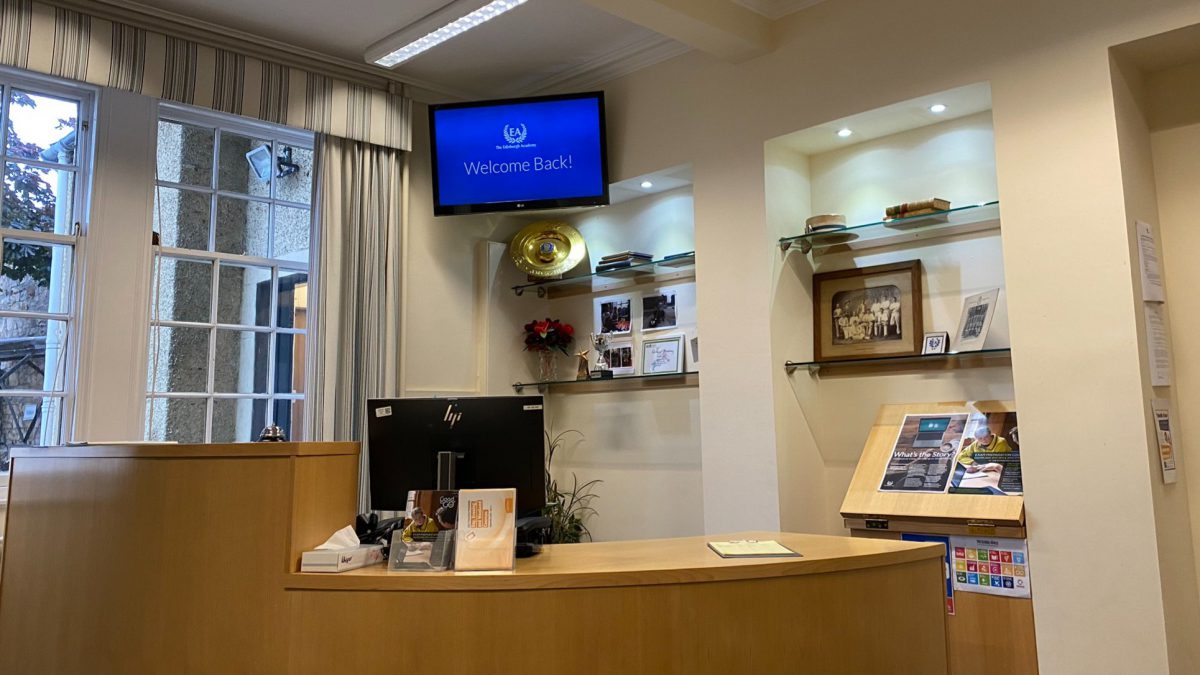 We recently gave a warm welcome to the Edinburgh Academy who joined the TrilbyTV community through our friends at XMA. The Edinburgh Academy was established in 1824 and has a nursery, junior and senior school that are spread across two sites. Using the motto: ‘Always Excel’, it plays a major role in Scotland’s educational landscape and is focused on the highest standards of academic, pastoral and co-curricular activities outside of the classroom. The pupil role is around 650 in the Senior School, 400 in the Junior School and 100 in the Nursery. 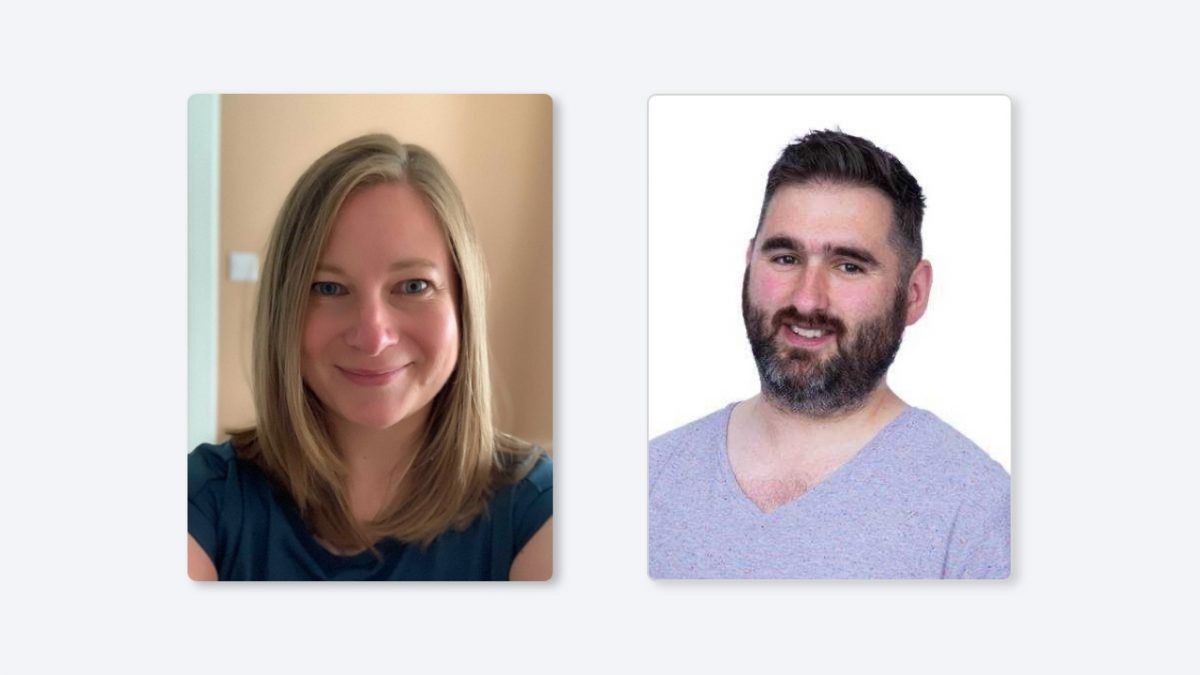 While the installation was taking place we couldn’t help but notice the fantastic photos taken by e-Learning Coordinator at the Edinburgh Academy, Martin Willis. We just had to have a chat to him about how things have been while installing TrilbyTV. We were also joined by Head of ICT, Anna Millar who had pushed for the initial install and who had been familiar with TrilbyTV for a number of years, as she told us,

“I met Neil a while ago as we were both part of the Apple education community. I already knew about TrilbyTV and saw that it was gaining quite a lot of momentum within other Edinburgh schools. I’d see Neil at BETT every year showcasing TrilbyTV so when I took on the role of Head of ICT I saw it as a potential option for our digital signage.” 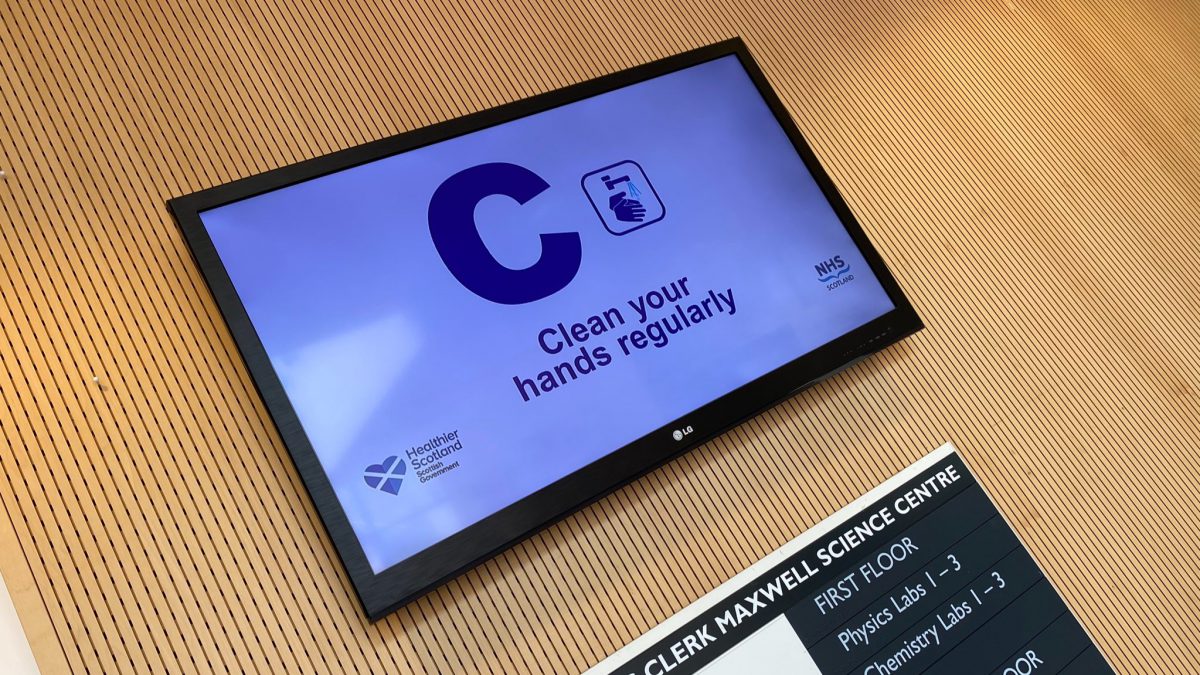 Martin told us, “Since coming into this role a number of years ago, I have been keen to address our digital signage. From conversations at events such as BETT and from what I had seen on Twitter, I was confident that TrilbyTV was the best option moving forward. TrilbyTV addressed the issues that were preventing us from achieving what we wanted from our digital signage. Previously, the process of sending media to our screens and managing content in different areas across both sites was too complicated and required conversations between at least two or three different people. As a result, signage very quickly became dated and irrelevant and screens simply were not being turned on in the morning.”

Anna added; “One of our main competitors, another large independent school in Edinburgh, had just bought TrilbyTV without any prior knowledge or personal connections to the company. This convinced me that Trilby would also work for us and would improve the impact our screens were having throughout the school. The pricing and the unlimited number of screens works well for us and allows us to scale up if needed with no additional costs.” 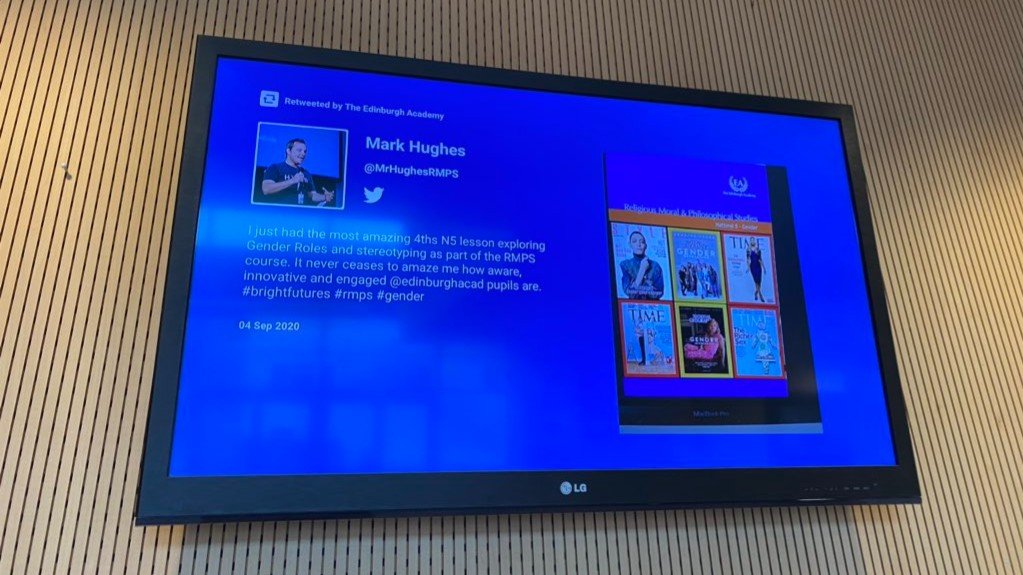 Anna spoke about the importance of the planning process; “We spent time considering our audiences at both sites; at our Junior School the audience is very much our parents and visitors, however at the senior school we were keen to target our students with fresh and engaging content”. Martin added that COVID-19 impacted this process; “Our content is of course slightly different at the moment. We are using our screens to remind staff and pupils of the safeguarding guidelines that we have put in place and we have very few visitors and parents coming into our buildings, so things are different at the moment”. The school also changed the position of some of their screens, looking to avoid large gatherings in certain areas of the school and making sure that important messages are seen.

On the actual setup, Anna told us; “The actual setup was very straightforward. We struggled to get our hands on enough Firesticks and had to shop around as outlets were reluctant to sell us more than three at a time, but we got there in the end. The setup guides that TrilbyTV have put together made it a really simple process.”

First day back at Edinburgh Academy 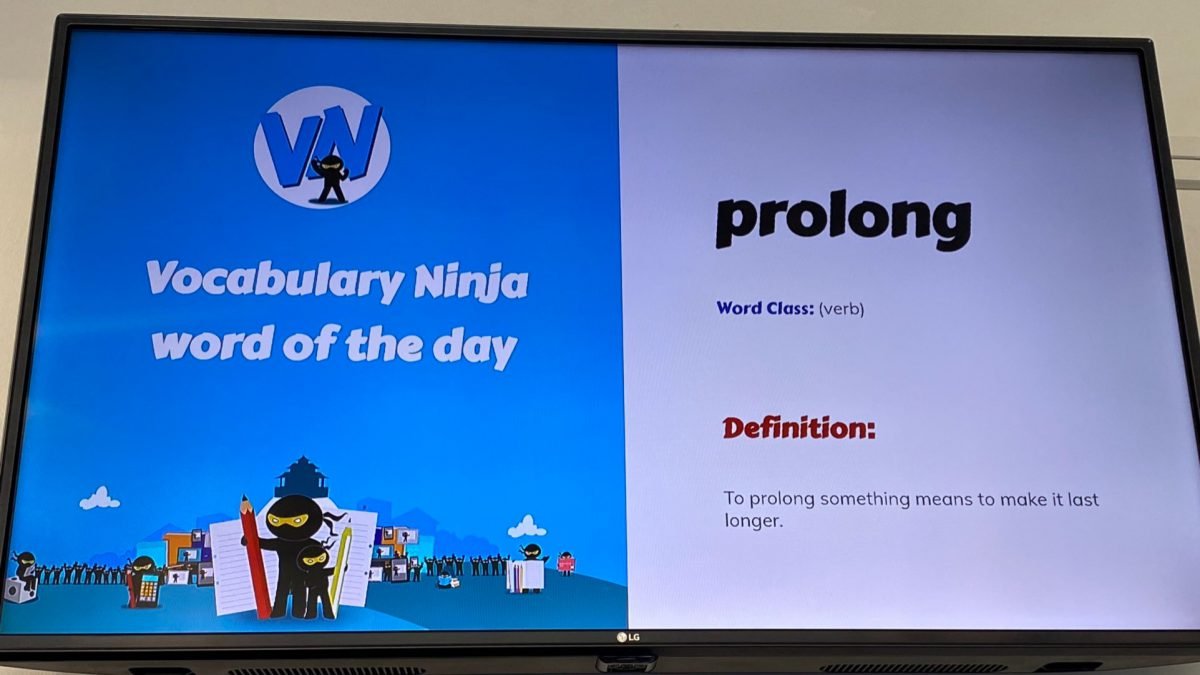 Martin told us about some of the feedback that he got from staff on only the first day back. “There’s been a screen in the Library for years that has been rarely used. Speaking to the librarian, she’s already amazed by the feedback, with students stopping and looking at the screen for new information and content. We’ve put in the latest two tweets from our Twitter feeds which means the content is always staying fresh, it’s been a really promising start.”

Big thanks to Anna and Martin from Edinburgh Academy for chatting to us about their experiences with TrilbyTV so far. It’s great to hear a success story about the use of TrilbyTV.

If you would like to try out TrilbyTV, you can get a 30-day free trial here.