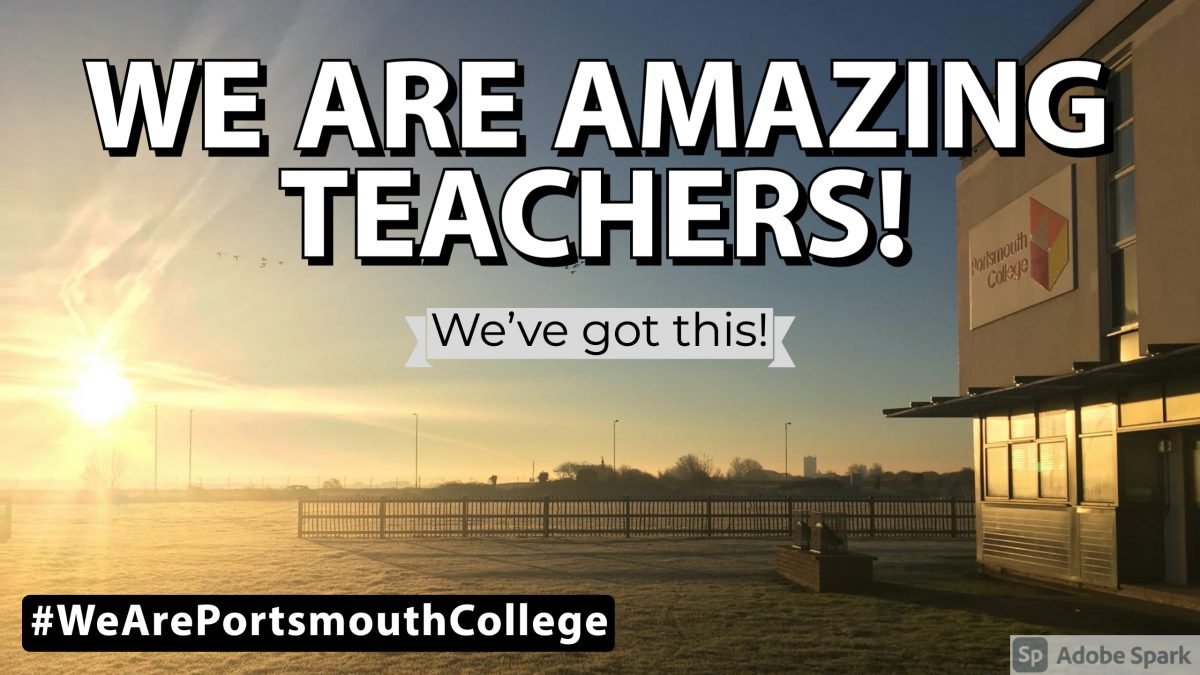 As schools and colleges gradually reopen and start the transition to the ‘new normal’, there are many tools that can be used to aid this vital task. One of them is digital signage, not only can it be used to reinforce important health and safety messaging but it can also be used to spread positive messages. We caught up with Chris Wood, Music Technology & Media Studies Teacher and also Digital Lead at Portsmouth College, to see how things have been in this crucial ‘back to school’ phase. 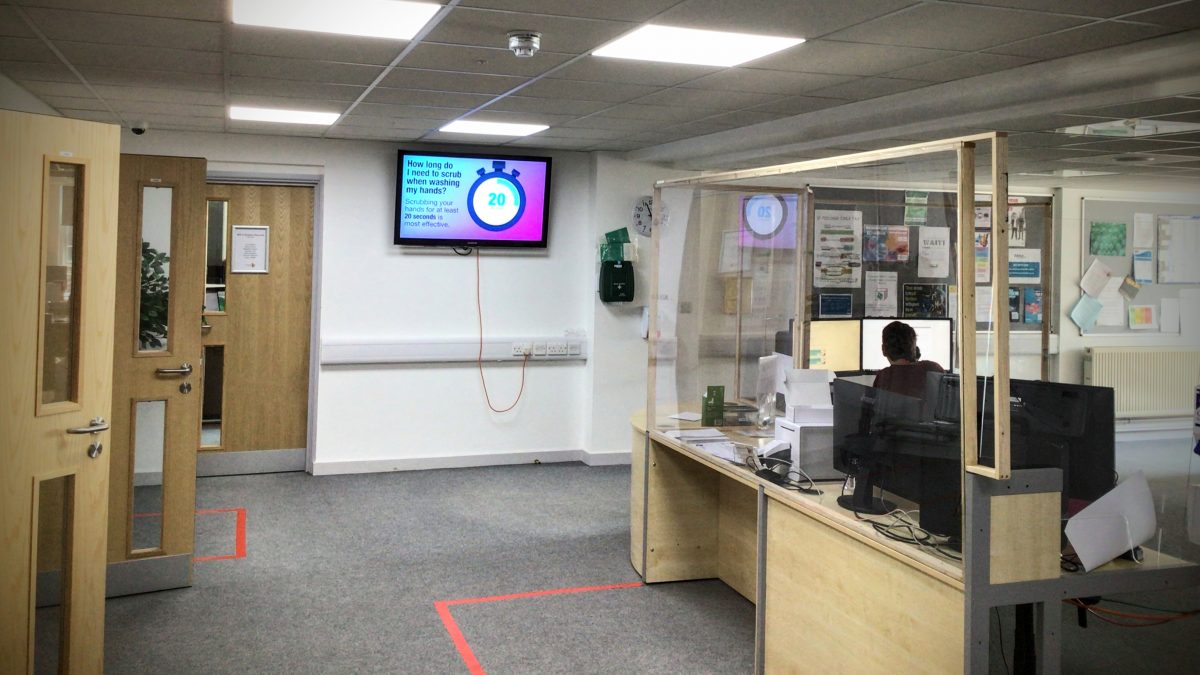 It’s worth noting that despite these slightly daunting times, Portsmouth College has had a reason to celebrate recently, after being awarded the ‘Community Impact’ award from the Sixth Form Colleges Association. They received this for their Flying Start Portsmouth programme which is aimed at Year 11 students in the city. The objective of this online resource hub is to help students in their final year of secondary education, who need help to plan and prepare for the future. 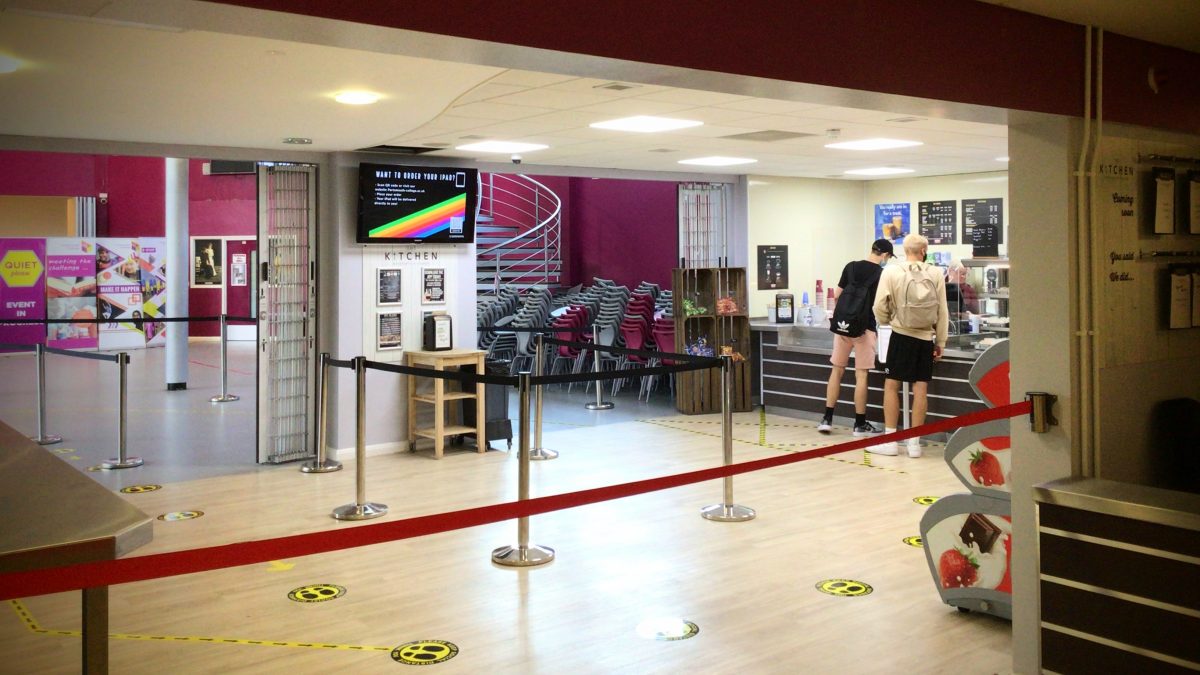 “It was a real breakthrough for the college,” Chris told us, referring to the award. “Especially amongst the logistical nightmare of limiting the number of students entering college, staggering start times and having students bubbled together.” He continued, “Some areas are cordoned off and there’s a one-way system in place with tape all over the floors – yellow will take students to the marquee area outside where they can stay for lunch and green will take them to the exit of the building. It’s been a big task getting those messages out to students, so we’ve been using Adobe Spark to generate engaging content and using TrilbyTV to put it up on the screens to remind the students.”

But messaging also needs to be unique and tailored to the audience it’s aimed at, which is what Portsmouth College have been doing, as Chris confirmed.

“From a staff point of view, it’s the complete opposite because the last thing that staff need to know is where the yellow and green system takes you. So the staffroom screens are very much about wellbeing and positive messages, which have proved really, really lovely. It was a moment of genius that we actually started a week before lockdown. We took all of the Twitter feeds down as they were very Covid-related and changed it to a huge picture of the college with the sunrise coming behind. Overlaid was some text saying, ‘We are amazing teachers, we’ve got this!’ This single item sent a really powerful message saying – ‘okay, we’re in this together and it really has helped to boost staff morale. We needed something that was going to create a real impact, as the staffroom is now one in – make a coffee – one out.” 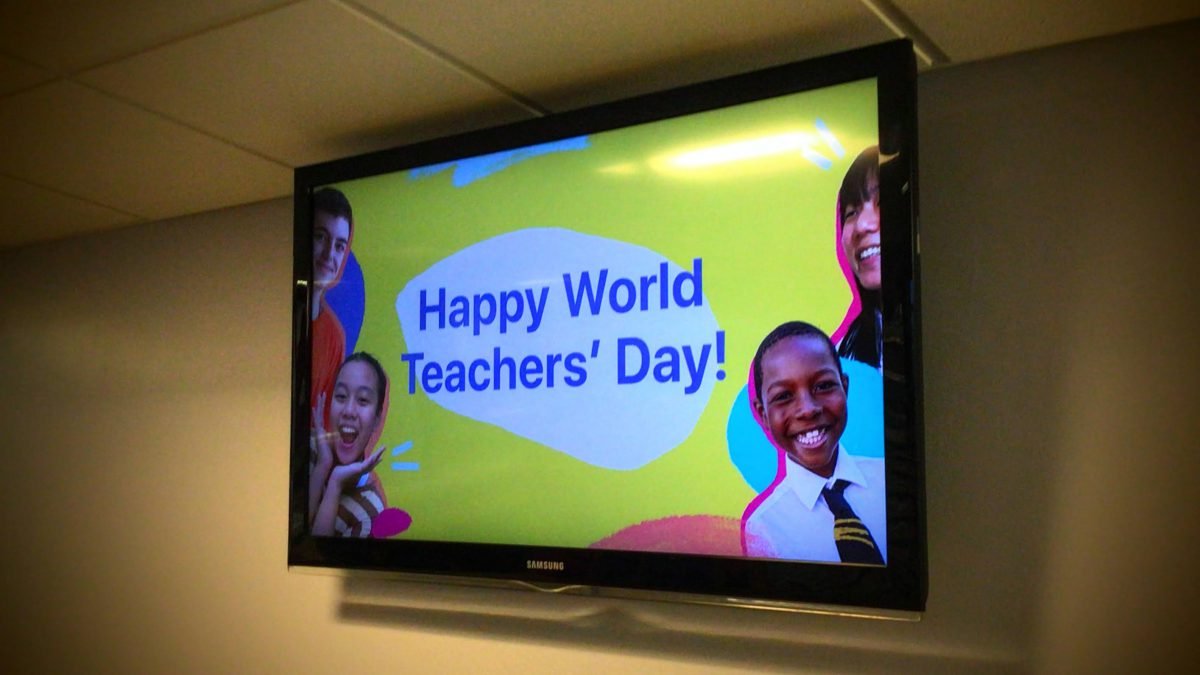 Portsmouth College has also more recently created a slide to celebrate #WorldTeachersDay, which is another fantastic example of how digital signage can be used to spread positivity!

Staff and students adjusting to the ‘new normal’

Chris, along with the staff and students at Portsmouth College, are slowly adjusting to life on the other side though.

“We’re getting used to it. I teach music technology in a Mac suite and now you can’t just go up and listen to a student’s piece of work, or grab their keyboard to show them what to do. The students are getting used to it, especially the first-year students who are reacting really, really positively. Digital signage will have a part to play in the future, that’s for sure as we’re now facing the challenge of potentially having virtual open evenings and working on engaging new students.” 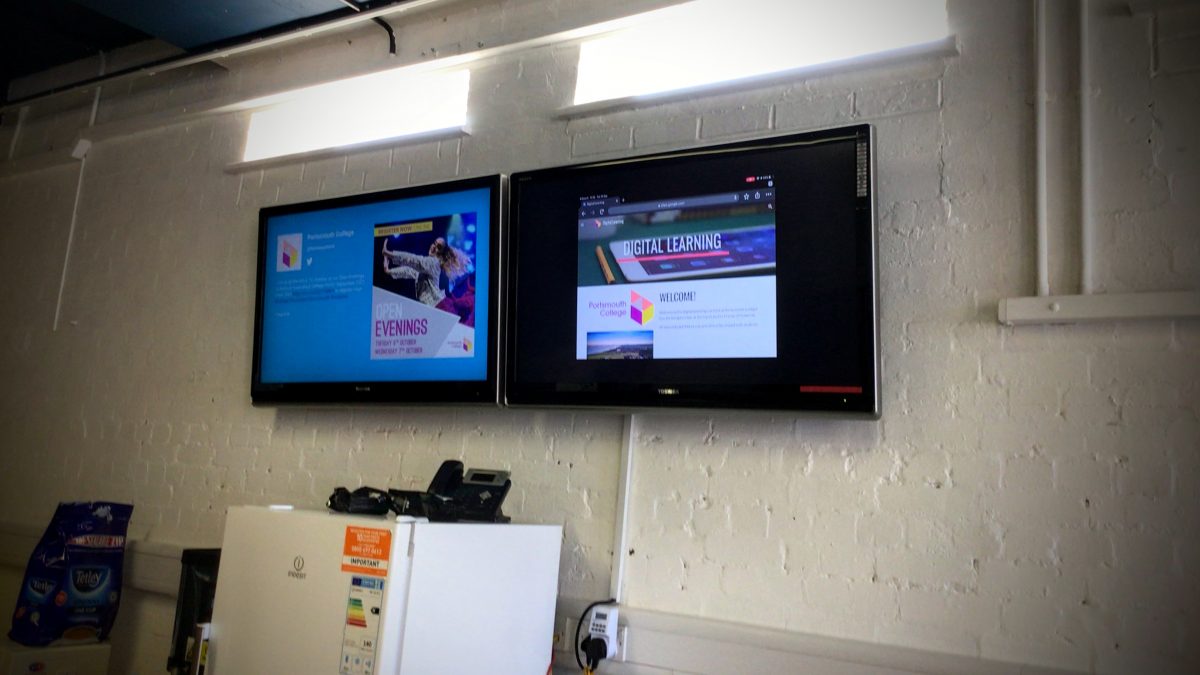 It’s great to hear how digital signage has been a key piece to a huge jigsaw, It’s also important to remember that different screens have different purposes. As Chris said, it’s important to engage staff with positive messages to keep them motivated, as well as getting vital health and safety information out to students. Cheers for chatting to us Chris, it’s always great to catch up!